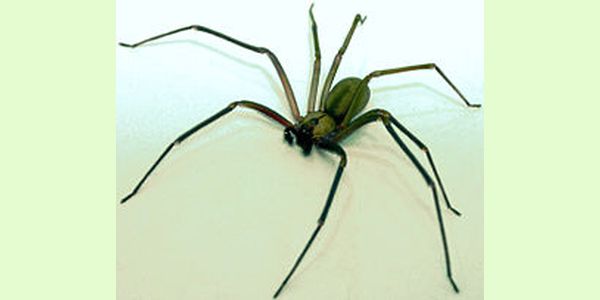 My patient contacts me and tells me he has some kind of flu, based on that I prescribed some acute remedies as below.

Fever for 4 days. Hard when urinating, lots of pressure behind and not too much flow is happening and a little painful. My body is very weak and my head and eyes hot.

My eyes are not in pain and I can open them. Still very aching and my urinating is slow and I am going every hour. I think the pressure and flow is getting better though. This morning I am getting some really good sleep.

Slept a little better, still has to get up to pee lots, more pee is coming out but still lots of pressure and hard to release, feels urgency to go. Sweated lots last night, head still very sore and eyes but can open them better not, hard do focus they feel heavy and he is dizzy and light headed. Feels disorientated, aches and pains and lower back pain are better. Drinking water and eating okay.

Feeling better, temperature is down, not as much trouble peeing, resting good now.

Suggested a dose of Pittosporum

I went to work yesterday, lifted a tray there and my side is pretty sore. White blood cells in urine very high and have some blood in the urine. Last Sunday woke up and I was feeling achy, my head started to ache, progressively got worse on Monday and then throughout the week got really bad. My urinating started getting bad too, then got really bad, didn’t go pee so much, pressure and achy. Had a very high fever close to 39, when it started going down. Crazy chill attacks, very hot feeling my body was very weak, could barely hold a cup with one hand. Everything was off balance with the urine, we knew it was some sort of kidney infection.  My right side is pulled a little and a bit sore from working yesterday. Have been drinking too much coffee, lot of espresso, stress. Some kidney issues before this acute. In the past was a huge coffee drinker, worked a lot and drunk. Was bleeding a lot through my anus but never through the kidneys. Got better and stressed, that coffee just did it over the years.

My problem was I didn’t drink water, started to do that, going to eliminate coffee from my life. Drinking alcohol more, after work 2-3 beers, never really did that before. It wasn’t that much; coffee was the biggest thing, going a little heavy on the last few years.

Fever is good, 37.1, my whole eye socket and my lids were black.

Everything is getting better, the whole thing left is protein in the blood, not much pressure anymore, getting better. Appetite, eating a little bit, just trying to eat better and drink better, more water now. No more coffee or beer

Still feeling pretty tired, got some energy back probably about 65 % now.

Patient finally tells me that he had several spider bites when working in an attic, tearing down old structures.

“I do remember it happened at work them biting my neck, just standing there and just rubbed them off, a day or two later it was like a quail egg, that’s when I took a picture. Just that lady on a TV show she had a brown recluse bite and mine looked exactly the same. My eyes were black and the fever I had was very high and my skin was very grey.

Urine negative for pus for the first time in weeks, still blood

Smiling and feeling better. Later the same day: still negative for pus and blood is showing small amount instead of moderate to large. Color of urine much more normal! Feeling much better overall.

All negative now, looking really good. Back to normal, gaining my strength back and having the flu at the same time. Never had my kidneys shut down;  it was crazy.  It was really hard to work through all this anymore, this is just what happened. That was an amazing remedy you gave me.  I was very lucky, to be alive, even like I am totally out of shape because of this.

Back at work and everything, everything is going great.

Stomach and digestion? Everything is back to normal, for a whole month my back was really bad, was really hard on the gut. Making sure eating well.

Urination: everything is back to normal, was really bad there, don’t know how to explain it, so much pressure, had to really focus on relaxing and shaking in a cold chill at the same time, the chills were the worst. The heat was cranked in the house and I was just freezing. Cut caffeine right out, had 1 beer on Friday, not a big deal, not a big drinker, the coffee was a big coffee drinker, thought I went through a little bit of caffeine withdrawals, suggested some real Cranberry juice.

Pretty good, was pretty good there, only get up about twice a night now to pee, did that before, before it shut down, was getting up 4-5 x night, now it is all back to normal, very good, very happy now.

Flare up of back pain and some swelling, had small amounts of blood again.

Cleared up after a couple of days,

Emma, had hip surgery. Three weeks later she developed a nasty weeping, black sooty spot on her side about the size of a dime that was worrying her terribly. Over the next days the hair on and around it dropped off and it became the size of a quarter, then the size of a fifty-cent piece. She didn’t want to eat or play. She was terribly uncomfortable and becoming very listless and sad so on a Friday we took her to the vet. He thought it might be Staph infection and put her on heavy-duty antibiotics.

By Monday Jan. 4. 2010 it looked no better to me and she was so listless she would only get up to go outside. I actually thought she was declining and I was very afraid she wouldn’t make it. We obviously took her back to the vet. The lesion has changed enough that that vet was able to confirm it wasn’t Staph but was from the bite of a Brown Recluse spider. He pointed out the fang marks. He said there was nothing he could give her for that and recovery would take time.

Tuesday morning she lifted her head from her bed and gave a faint tail wag. I knew we had turned a corner. By Tuesday evening Emma was up asking for dinner. I was amazed to see how fast the homeopathic remedy had an effect.

Almost cured from her spider bite.  The residual is 4 brown marks (possibly from the bite) and a red welt under the skin that doesn’t seem to recede.  It doesn’t look like the hair is going to grow back where the ‘black soot’ (as it appeared to be – ie the necrosis) was the size of a quarter.