A 40 year old male came to the emergency room of the homeopathic hospital complaining of severe, agonizing pain in his right foot with signs of gangrene, cellulites and toxemia. He was a farmer by profession and was also the head of the village panchayat. He had no orientation towards homoeopathy but turned up at the homeopathic hospital because no anti-snake venom was available in government hospital.

The history was that soon after the snake bite on the dorsum of the right foot, the symptoms took a rapid course. He began to have a horrifying, severe burning pain in the whole limb followed by vomiting with acute abdominal pain. In no time he developed palpitations, sweating and respiratory distress with the onset of fever. The right foot was swollen and discoloured blackish with a blackish bleb on the dorsum. The entire left leg, thigh, hip and lower torso up to the subcostal margin had a rapidly developing red discolouration with heat and warmth, signifying the galloping spread of cellulitis. His thirst was increased and he felt increased prostration and restlessness with the pain.

Toxic look on the face with restlessness

No Petechiae, ecchymoses; No frank hemorrhage

Skin: Sweating and cold, except the right leg which was warm.

Local Examination: Gangrene of the entire right foot with a large bleb and extensive cellulitis, extending along entire right lower extremity up to Hip.

In cases of poisoning once one identifies the poison, the next step is to ascertain:

The susceptibility depends on how potent the poison is and how strong the vitality is.

In this case, it was an unidentified poisonous snake that was causing a necrotizing type of cellulitis with gangrene and lymphangitis. This indicated a threat to life once the lymphangitis reached the heart and liver.

At the time of arrival in the ER, the patient had reached a toxic stage of the snake bite and there was a possibility of incipient septecaemia in addition to the rapidly extending cellulitis, and local gangrene that had already developed. The susceptibility was high, with a syphilitic miasmatic background, given the easy progress into destruction.

The emergency management stages here include:

Dreams of ghost killing him

Follow up emergency remedy with the chronic constitutional remedy, Lachesis in 200 potency. The dose would be indicated once the gangrene, cellulitis and toxemia are under control.

Oxygen in the initial period.

The factors that were monitored were:
Fever, Pain, Toxemia, Cellulites, Gangrene

Within a few hours of starting the Anthracinum, the advancement of the cellulitis stopped.

In 24 hours, the pain and toxemia were under control and fever began to recede.

After 72 hours, the fever and pain had come under control, but the gangrene area remained and would not show further improvement.

The case was reviewed for a complementary remedy – Lachesis, Anthracinum, Tarentula C;  The chronic history totality pointed to Lachesis which was given in 200C potency.

The gangrene began to improve almost immediately and he was discharged and asked to follow up in the OPD. He came back on an OPD basis for 2 weeks and wound dressings were done. Lachesis 200 was repeated twice more during that time. In the first week the gangrene had completely resolved and hence a skin grafting was avoided. In the second week, there was complete healing of the wound with a small scar.

Accidental poisoning with an unidentified snake makes it more difficult to predict the nature of the poison and its effects. The entire judgment for management is made on the clinical expression. Here it was obvious that this was a poison causing lymphangitis and cellulitis. Hence this was not a neurotoxic or hematotoxic poison. Following this assessment, when there is a good febrile response with characteristics, it indicated a good host immune response and good susceptibility.

WHO Protocol for signs and symptoms of envenoming following snake bite are as follows:

? Snake bite should be considered in any severe pain or swelling of a limb or in any unexplained illness presenting with bleeding or abnormal neurological signs. Some cobras spit venom into the eyes of victims causing pain and inflammation.

? Specific signs depend of the venom and its effects. These include:

– Local swelling that may gradually extend up the bitten limb

? Check haemoglobin (where possible, blood clotting should be assessed)

?Splint the limb to reduce movement and absorption of venom. If the bite was likely to have come from a snake with a neurotoxic venom, apply a firm bandage to affected limb from fingers or toes to proximal of site of bite.

?If any of the above signs, transport to hospital which has antivenom as soon as possible. If snake has already been killed, take this with patient to hospital. 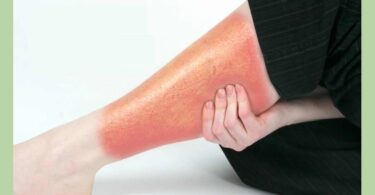