Homeopath and teacher Petr Zacharias presents two cases – Ottitis Media and Diarrhea – with follow up and analysis of each, including comparative M.M.

Little girl with left-sided otitis media and high fever about 39C (102 F) and still rising, photophobia (3), does not want to be touched (2) can sleep only when her mother is next to her (3), extreme thirst for cold water (3). Head is hot, feet are cold, hands are warm. Pain in left ear and left parotid gland, yellow discharge from left ear. No perspiration.

Followup after one day

One hour after the remedy the fever dropped from 39 to 38 and her energy increased a lot. She allowed her doctor to touch the ear, does not want to lie in bed any longer.

The remedy which needs company and at the same time is very sensitive to (all external impressions like) touch, noises, light, etc is Phosphorus, which  can be further confirmed by extreme thirst for cold water. In Boericke‘s Materia Medica you can find : “Modalities–Worse, touch; physical or mental exertion; twilight; warm food or drink; change of weather, from getting wet in hot weather; evening; lying on left or painful side; during a thunder- storm; ascending stairs. Better, in dark, lying on right side, cold food; cold; open air; washing with cold water; sleep.“

In Clarke in Phosphorus you can see: “The symptoms of Phosphorus are < from touch (cannot bear touch of nightdress)…“

The remedies below do not fit this peculiar combination and they are all contraindicated:

Chamomilla has aversion to touch but they do not want closeness of mother and are not better by closeness but by rocking. They have also thirst for cold water (though not so much as Phosphorus) but in fever they are warm all over and feet are hot. Aconite does not have either desire for company or aversion to touch as a keynote, though it has desire for cold drinks. Belladonna has hot head and cold extremities and is very sensitive but especially to jarring and noises; touch is not so prominent here. Bell is usually thirstless and does not have desire for company as a keynote. Pulsatilla is thirstless, hot all over during fever except chill which is felt between the shoulder blades (compare Am-m). They want somebody to be close but they lack sensitivity to touch, so the remedy was Phosphorus 200C in single split dose.

Little boy 2 years old with watery diarrhoea. Diarrhoea is aggravated whenever he drinks or eats anything and it starts immediately after eating or drinking. A skin eruption consisting of red pimples had developed a few days before the diarrhea started.

Follow-up after one day

He took a remedy in the evening and the next morning there was marked amelioration of diarrhea and energy in general. He started to eat and drink normally.

The most striking feature was that a few days before the diarrhea a skin eruption had started. This combination is most characteristic for Croton tiglium but it could be other remedies as well, e.g. Petroleum, Sulphur, Arsenicum album, etc. Anyhow, for Croton tiglium it is most characteristic. So that was why I thought of this remedy from the very beginning. I needed to confirm it so I asked: “Can you tell me what is the amount of stool when the diarrhea comes?“ and she answered: “It seems that the stool comes out in one shot“, and this information together with a combination of the skin eruption and the diarrhea was a confirmation for this remedy. So the remedy was Croton tiglium 30C in single split dose. 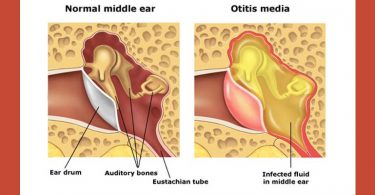