A History of the Royal London Homoeopathic Hospital

Courtesy of Friends of The Royal London Hospital for Integrated Medicine http://www.friendsrlhim.org/

History of the Hospital

The Royal London Homoeopathic Hospital celebrated its 150th anniversary in 1999, with a visit from its patron HM The Queen. The origins of the Hospital are closely interwoven with the life of Dr Frederick Foster Hervey Quin, who founded the original London Homoeopathic Hospital in Golden Square, Soho on 10th October 1849. The hospital was fitted up and furnished for the princely sum of £493.12s.6d. 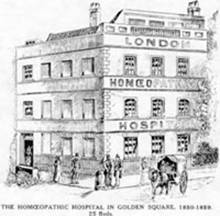 Quin was a prominent figure in Victorian London, known as a wit and raconteur, he was well-connected in aristocratic and artistic circles. As a young man he travelled extensively in continental Europe. He studied homeopathy with Hahnemann personally, was among the first doctors to practise it in Paris, and was personal physician to Prince, later King, Leopold I of the Belgians, father of Prince Albert, consort of Queen Victoria. This is the origin of the British Royal Family’s longstanding interest in homeopathy. Quin was a personal friend of Charles Dickens and godfather to one of his children. Among his other patients were the painter Landseer and the novelist Thackeray. But, despite his connections Quin was always committed to bringing homeopathy to the people.

Success was not long in coming. In 1854, a cholera epidemic broke out, originating from the water of the Broad Street pump. The London Homoeopathic Hospital (as it then was) was the hospital closest to the pump and had remarkable success in treating the victims of the epidemic. The Hospital’s mortality rate was 16% compared to 53% at the nearby Middlesex Hospital. This epidemic is also a famous episode in the history of epidemiology: it came to an abrupt end when Dr John Snow removed the handle of the infamous pump, lending strong support to the view that cholera is waterborne, instead of, as widely believed at the time, an ‘aerial miasma’. Controversy followed: a report on the epidemic submitted to Parliament the following year deliberately omitted the figures for the London Homoeopathic Hospital. They were published only after a thunderous speech in the House of Lords by Lord Grosvenor, Chairman of the Hospital board.

The hospital grew rapidly in the latter half of the 19th and early 20th century. The Golden Square hospital had only 25 beds and demand soon outstripped its capacity. In 1859 the London Homoeopathic Hospital moved to its present site in Great Ormond Street, it was completely rebuilt 1893-5 and a further wing, facing Queen Square, was completed in 1911. 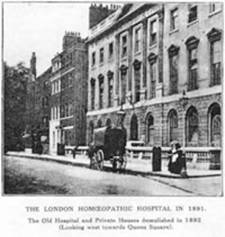 Many of the great names in British homeopathy including Robert Cooper, Richard Hughes, James Compton Burnett, John Henry Clarke, Edward Bach, Charles Wheeler, Donald Foubister and many others have been associated with the Hospital. Robert Dudgeon was a stalwart of the hospital in the late 19th century, and something of a polymath. Apart from translating virtually all of Hahnemann’s voluminous writings into English, he invented the sphygmograph, a device for recording the pulse, a marvel of Victorian miniature engineering, as well as spectacles for use underwater

A century ago, most patients were manual workers including lacquerers, fancy box makers, ostrich feather workers, fancy stationers, and other long-vanished occupations. Phthisis and consumption (both forms of TB), bronchitis, rheumatism, gastric ulcer and female health problems were among the most common diagnoses. Outcomes of treatment varied from speciality to speciality, for diseases of women, for example 74% were reported cured, 19% improved, 5% were unchanged and 2% died; for respiratory problems 62% cured, 21% improved, 4% unchanged and 13% died. Duration of admission averaged over a month. 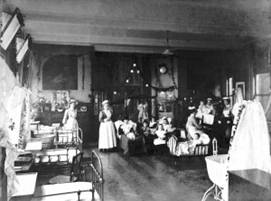 The case notes show the so-called ‘new wind from Chicago’ blowing through the Hospital. The ‘new wind’ was the high potency, repertory-based homeopathy of Dr James T Kent of Chicago. It arrived with a paper read by Dr Octavia Lewin in 1903, and within a decade had revolutionised practice at the Hospital, which was to remain a bastion of Kentian homeopathy for many years to come. Dr Lewin herself was the first in a line of distinguished women homeopathic physicians on the staff of the RLHH, although her successors Drs Margaret Tyler and Margery Blackie are better known.

The RLHH suffered severe bomb damage in the blitz. The gallantry of the staff during the raids was recognised by the award of four George Medals. During this period refugees from Nazi persecution, notably Drs Otto Leeser and Erich Ledermann, joined the staff.

In 1948 the hospital joined the newly established National Health Service (along with the Glasgow, Liverpool, Bristol and Tunbridge Wells Homoeopathic Hospitals), at its inception. The same year, by permission of King George VI, the London Homoeopathic Hospital became the Royal London Homoeopathic Hospital. During the 1950’s and 60’s the RLHH’s influence spread internationally through young overseas doctors who attended the Hospital for clinical attachments. These include Dr Diwan Harish Chand, homeopathic physician to the President of India and the influential Argentine homeopath Dr Francisco Eizyaga.

On 18 June 1972 the RLHH suffered a devastating blow when a Trident airliner crashed at Staines, close to Heathrow airport. Sixteen doctors and colleagues, including Dr John Raeside, who had been on their way to the International Homoeopathic League Congress in Brussels, were killed. This marked the beginning of a period of sharp decline. NHSreorganisation resulted in loss of independence and a series of closures. The operating theatres and surgical, childrens’ and geriatric wards were closed, and the number of beds fell from a maximum of 170 to 45. 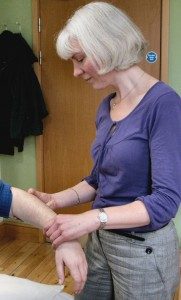 The RLHH responded actively to these changes, developing and diversifying its complementary medicine services. Dr Ralph Twentyman pioneered complementary cancer care, Dr Anthony Campbell established an acupuncture clinic and Dr Michael Jenkins developed environmental medicine. The RLHH also introduced manual medicine and autogenic training. All of these were the first, or among the first, services of their kind in the NHS.

Nevertheless, by the early 1990’s many perceived closure of the Hospital as inevitable. This was averted by a bid to become an autonomous NHS Trust. The success of the bid owed much to the Trust’s first Chairman, Dr J Dickson Mabon who, apart from being a homeopathic doctor, had been an MP and Government Minister for many years. The public consultation on the RLHH’s Trust bid attracted one of the largest postbags for any such application, letters from the public were overwhelmingly supportive, and the RLHH became a Trust on 1 April 1993.

The Trust made a number of major changes, including the establishment of the NHS’s first musculoskeletal service, and an Academic Centre, with Directors of Education and Research. A range of mutidisciplinary packages of care, including complementary cancer care, were set up. But eventually, the financial burden of maintaining a Board and the associated management structure proved too great, and in April 1999, the RLHH Trust merged with Parkside Health NHSCommunity Trust. This arrangement was shortlived because in April 2002 Parkside, along with all other Community Trusts, was abolished. However this period resulted in an enduring achievement: the acceptance by the NHS of an ambitious plan to completely redevelop the Hospital’s building, at a cost of £18.5m. Work began in summer 2002, and was completed in early 2005. 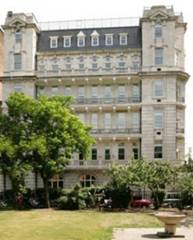 Following the demise of Parkside, the RLHH joined University College London Hospitals NHS Foundation Trust (UCLH), as apart of its Specialist Hospitals Board, alongside other famous names such as the National Hospital for Neurology and Neurosurgery, Elizabeth Garrett Anderson, the Eastman Dental Hospital, Royal National Throat, Nose and Ear Hospital and the Hospital for Tropical Diseases. UCLH is a large NHS Trust with strong academic links, there is widespread enthusiasm among its clinicians to integrate homeopathy and other forms of complementary and alternative medicine in their work.

Joining UCLH, combined with the redevelopment of the building, completed a dramatic revival in the fortunes of the RLHH. It now stands well placed to become a 21st century centre of excellence for homeopathy and other forms of complementary and alternative medicine.

While proud of its homeopathic heritage, in order to better reflect the wider range of clinics and services available, in September 2010 the hospital changed its name to the Royal London Hospital for Integrated Medicine.