Raymond Edge, son of Mary Colborne and Edward Edge, descendent of Sir John Colborne, Lt. Governor of Upper Canada, Baron Lord Seaton, passed over peacefully, on June 10, 2021, at the age of 73, surrounded by the love of his wife, Joyce Edge, and all those whose lives have been deeply touched by him. Ray was an inspiring musician, homeopath, Dean, entrepreneur, and artist. Raymond began his career in the healing arts as a medical herbalist, graduating from the Dominion Herbal College in 1978.

He graduated from the School of Homoeopathy on-campus program in Devon, England and was the Director of the Mirianog West Children’s Clinic in Wales, providing low-cost homeopathic treatment for underprivileged children. On his return to Toronto, Ray courageously founded the Canadian College of Homeopathic Medicine in 1994 and the College is now the longest running Homeopathic College in North America.

Ray inspired, taught, and trained hundreds of other people in the medical art of homeopathy and leaves behind the most amazing legacy of healing which will continue well past his own life span. While in practice, Raymond was a registered professional member of the North American Society of Homeopaths (NASH), the College of Homeopaths (CHO), and was also certified in classical homeopathy with the Council for Homeopathic Certification (CHC). Ray retired in 2019 from his positions as Dean, core lecturer, and clinical supervisor at the Canadian College of Homeopathic Medicine.

Ray began his career in music in his teens and was a wonderful singer, songwriter and guitar player. He played in many bands including Dollars, Dealer’s Choice, and Ray Edge and the Sensations. In 2005, Ray released his solo album Soul Connection for which he received the award for Top Male Artist from the Toronto Independent Music Awards and several of the songs on his album ranked highly in both the American and British songwriting competitions For those wanting to honor him, donations to Meighen Manor in Ray’s name would be appreciated. Meighen Manor is located at 155 Millwood Rd., Toronto, ON M4S 1J6, 416-481-9449. https://salvationarmy.ca/meighenhealth/ A celebration of Ray’s life will be held in the coming months. 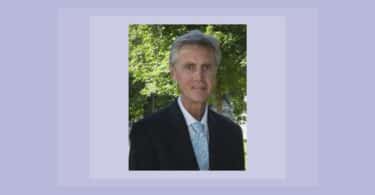 About the Canadian College of Homeopathic Medicine CCHM