A brief look at some remedies for injury.

Injury is an act that causes someone or something to receive physical damage, which can be classified on various bases.

-Traumatic injury, a body wound or shock produced by sudden physical injury, as from violence or accident.

– Other injuries from external physical causes, such as radiation injury, burn injury or frostbite.

– Injury from toxin or pharmaceutical drug.

– Complications of diabetes due to hyperglycemia.

– Injury due to autoimmunity.

– Injury due to cancer.

– Injury secondary to any other disease.

-Wound, an injury in which skin is torn

As you see, injury is a very broad word and covers various types of derangements. In this article Ii will restrict myself only to traumatic injuries excluding the causes like radiation, burn, frostbite etc. which I will cover in my next articles. In homeopathy, selection of remedy depends on the cause, location and specific symptoms of the patient with injury. It should always be kept in mind that homeopathic remedies are highly curative when administrated in high/medium potencies in single doses. If there is a gross pathological derangement already present and the patient is too weak, then lower potencies should be considered for use in split dose.

Ammonium carb – Sprains attended with fatigue and weakness in limbs, as if bruised; drawing and tension in joints ; contraction of limbs, as if tendons were too short. Tearing in injured part relieved by warmth of bed. Great aversion to water. Am c. patient is generally worse by cold, i.e. cold weather; cold wet application; washing; between 3-4 am. Better lying on painful side and in dry warm weather.

Apis mel – Dissecting wound on hand, throbbing pain extending up the arm; erysipelas after wounds or operations; punctured wounds; stings of Insects; skin extremely sensitive to touch. It has a well known aggravation from heat in any form; warm closed room. Amelioration of symptoms takes place in open air and from cold bathing.

Arnica – The principle remedy for all types of sprains, falls, bruises, concussions, and all mechanical injuries ; it prevents suppuration. Arnica acts best in plethoric, dark haired people with rigid muscle of a nervous sangunine nature; but acts feebly in debilitated people. Tendency to degeneration and septic conditions. Fear of touch; agoraphobia after mental shock or strain; ecchymosis. He is worse from least touch, motion, damp cold. Better by lying down with head low.

Bryonia – It is remedy for chronic effects from injury and seldom indicated in acute conditions. Injured place is red, swollen, with stitches, tearing, pulsating pain and worse from least movement. It has inflammatory conditions anywhere about the body, but particularly of the fibrous tissues, serous membranes, ligaments of joints and aponeuroses. It also affects the coating of nerves with its congestions, and these gradually increase in severity. The word “gradually” should be kept in mind. Thirst for large quantities of water at long intervals is present in most chronic cases needing Bryonia. Sitting up brings faintness and sickness. Better by lying on painful side (pressure), cold things. Worse from warmth in general, any motion, touch. Bryonia also has opposite modalities, but in all its opposite states there is still a grand nature running all through, sufficient to detect it.

Bellis per. – The old name of “Wound-wort,” or “Bruise-wort,” shows one of the main spheres of the action of Bellis, and allies it in action with its fellow Compositae Arnica and Calendula. “Dr burnett has cured with its aid several cases of tumors originating in a blow”. Remedy for deep tissue injury. Injury to nerves with intense soreness and intolerance to cold bathing ; trauma to pelvic organs ; injury to spine, especially to coccyx . In general Bellis patients are worse in morning and from cold.

Calcarea carb. – No other remedy will even touch it when it is a Calcarea case. It is a pure constitutional remedy, and when a Calcarea patient receives injury it remains there as lifelong if not treated with Calcarea I myself have seen many cases where after acute pain and discomfort goes and there comes a dull constant pain, very low in intensity with oedema and coldness, where Calc proved highly curative (especially in females). The well known constitution is always present in these injury cases. Worse from exertion, cold in any form, water, wet weather, full moon and standing. Amelioration comes from dry weather and pressure.

Calendula – Open wounds, bloody and serous infiltrations of the cellular tissue in open wounds and ulcers. It is an excellent haemostatic in tooth-extractions. Aggravation at morning and from motion. Many times it is of great use when applied locally.

Cicuta – The primary action is on the nervous system. Trismus, tetanus and convulsions are common in this remedy. Convulsions from concussion of the brain, frightful distortion of limbs and head. It aggravates from touch, cold draught and tobacco smoke.

Conium – Injuries of the eyes, testis; contusions which produce a condensation of the cellular tissue and induration of glandular structures, accompanied by a sensation of numbness. Aggravation from lying down, cold, physical and mental exertion. Better from motion, pressure, fasting and in the dark.

Hypericum – Great nervous depression following wounds; consequences of spinal concussion ; cervical vertebrae very sensitive to touch; violent pains and inability to walk or stoop after a fall on the coccyx ; injuries in parts rich in sentient nerves, especially fingers, toes, matrices of nails ; lacerations, when the intolerable pains show the nerves severely involved; it is said to prevent trismus and tetanus. It is most useful when the pain goes upward from site of injury and settles near or in the spinal cord. Worse from least motion, touch, cold, dampness and in fog. Better from bending head backward.

Ledum – Wounds inflicted with sharp instruments; punctured wounds which feel cold to the touch and to the patient; affections of hip-joint ; sprains of ankles and feet. Worse in night and warmth of bed. Better in cold.

Rhus tox – Bad effects from straining or lifting, particularly from stretching arms to reach things high up. Consequences attending an extension of membranous tissues, especially the ligaments of the joints. Trembling after exertion. The peculiar and well verified aggravation from rest is a key note to this remedy. Worse from cold, in rainy weather. Better from warmth in general, slow motion, changing position, rubbing.

Ruta – Injuries of periosteum; mechanical injuries of the tarsal and carpal joints and in rheumatic paralysis of the parts. Ganglion originating from a blow. Worse lying down and cold wet weather. Better by rubbing.

Symphytum – May be considered the orthopaedic specific of herbal medicine. Pressure, contusion, and fracture of bones, and where injury ends in producing a callus. Very useful in wounds penetrating the periosteum and bones. Pain in eye after a blow from an obtuse object (black eye). In traumatic injuries of bone or periosteum (as from a snowball or anything else on the face), Symphytum was the only remedy Lippe had seen efficient. He cured many cases after others had used Arnica and failed.

It is needless to mention that injuries involving serious head trauma, heavy bleeding, serious fractures or massive cuts in skin or muscle must be treated as medical emergencies in medical facilities.

A Case of Osteosarcoma – by Prafful Vijayakar 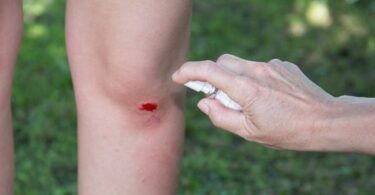 Dr. Anindita Jena is a homeopath living in Maysore from Cuttack, Odisha. She Completed a B.H.M.S in 2008 from M.H.M.C. and Hospital, Baripada, Odisha. She is now associated with Tara Homeo Hair Clinic and also practicing privately in Mysore.