Prior to the year 1815, there was no legislation for the medical profession in Ontario, Canada. In that era this province was separated from the rest of the British North American possessions, and declared a distinct province, under the name of Upper Canada, on December 26th 1791, with Colonel John Simcoe as its first Lieutenant-Governor. He called his parliament to meet for the first time in the little village of Newark, on the Niagara River, September 17th, 1792. Among its first Acts was one formally introducing and establishing English law in the province. In the absence of medical legislation, the profession would be governed by the laws of the mother country, and so for the following twenty-four years, the only people legally qualified to practice medicine in this province were those duly licensed by British authority.

As the country became better settled, it was deemed necessarily to take some legislative action. The population of Upper Canada had reached 95,000, a number sufficiently large to justify some regulation of the medical profession. Therefore, the first Medical Act was passed in March of 1815. According to this Act, “no one who shall or may hereafter come into this province shall be permitted to prescribe for sick persons, or practice physic, surgery, or midwifery, within the province for profit, until such person or persons shall be duly examined and approved of by a Board of Surgeons.” The second clause declared for the appointment of this Board by the Governor. It was to consist of the senior medical officer in the army resident in the province, all regimental and navy surgeons, and all staff surgeons doing duty in the province.

For nearly fifty years this Act formed the basis of all medical legislation in Upper Canada. A few amended acts were passed but these simply modified some of the details, and provided for their more effectual enforcement.

In the meantime, practitioners of Homeopathy were making their appearance in the province of Ontario. The first to introduce the homeopathic system into Upper Canada was Dr. J. Lancaster, who began practicing homeopathy in 1846. Another well known name was Dr. D. Campbell, a homeopath in Toronto. The number of homeopathic practitioners grew rapidly but most of them were not able to practice legally in Ontario. However, due to public demand and increased support for homeopathy, in 1859 Parliament found a remedy by passing a bill entitled “An Act respecting Homoeopathy”, which placed homeopath physicians in a position to become licensed, and to stand on legal equality with other health care providers. By this measure, the following homeopaths, Dr. Campbell, Dr. Lancaster, Dr. Greenleaf, Dr. Bull, and Dr. Hall, were appointed the first members of a Board of Examiners for those who might desire to be licensed as Homeopathic physicians. The term of office of the Board was two years, three members to retire the first year. The successors to the members first appointed were to be elected by such Homeopathic physicians as might be present in Toronto, and cast their votes at the January meeting of the Board each year.

This was the first medical act in this province which laid down a curriculum for students. In all previous legislation, this matter was left solely to the discretion of the Board of Examiners. Hence the homeopathic physicians adopted the highest standard of education attainable at that time.

Prior to 1865 there was no association for Homeopaths in Canada. In the negotiations necessary to secure favorable legislation, the few members of the profession consulted each other, and then on September 20th of 1865 they formed an association in Ontario.

As the number of physicians from different schools of medicines in Ontario increased, it became apparent that in the interest of public safety, some steps should be taken to secure a standard of education, and one of a higher level than that which was accepted as sufficient, either by colleges or boards. Therefore a bill was introduced into the Canadian Parliament in 1866 to establish a Council of Education and Registration for the province. This council consisted of twelve members, to be elected by the licensed physicians. The elected Council had power to fix a curriculum for Canadian colleges, which should be obligatory on them as soon as approved by the Governor-in-Council. Applicants who had not attended a Canadian school had to attend a similar course and an examination.

Soon after the passing of the Act it became evident that there were differences of opinion as to how it related to Homeopaths. After considerable discussion and negotiation with all parties interested, a measure of compromise was taken, and the Ontario Medical Act passed at the session of 1869. This Act incorporated the entire medical profession of the province as “The College of Physicians and Surgeons of Ontario” with a representative governing body that was named as the Medical Council. Of this Council, twelve were elected by the profession; the various universities and medical schools were given one each, and the Homeopaths and Eclectics five each. The first meeting of this Council was held in Toronto on the second Wednesday in July 1869. The five Homeopathic Representatives were: Dr. D. Campbell, Dr. G. Field, Dr. H.Allen, Dr. J. Adams, and Dr. W. Springer.

The second general election was held in 1872 and one of the homeopaths, Dr. Campbell, was elected as Vice-President. Here is an interesting quote by Dr. Campbell: “It is the very nature of truth to have no toleration for error. There are no degrees of comparison for the adjective “true”. A thing must be either true or not true. Compromises in politics are said to be necessary at times but compromises in science must be always unsatisfactory, for the reason that a scientific truth cannot compromise with an unscientific error.” – Dr. D. Campbell, 1892. This is a very brief sketch of what Canadian homeopaths experienced in that time. The records and proceedings of the Council for the first few years showed clearly that the harmonizing of different schools of medicine was no easy matter. Complaints of injustice and prejudice towards homeopath were frequent, and such issues were not always remedied. However, despite all challenges that those homeopaths faced, it was a great achievement for the homeopathic profession in Ontario to have legitimacy as other health care providers in this province.

Fast-forward to the present. Homeopathy is still under attack, mostly for the same reasons it was since Hahnemann’s time. I’m glad to report that the homeopathic profession in Ontario is once again in the process of getting regulated the same as other registered health care providers. This is a result of the efforts of a transitional council that also consists of local homeopaths and the public. I’m cautiously optimistic that this transition (“Homeopathy Act”) will bring more public awareness to what homeopathic profession truly has to offer… effective medical treatment without doing any harm. 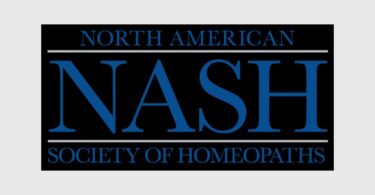 The Work of the North American Society of Homeopaths (NASH) 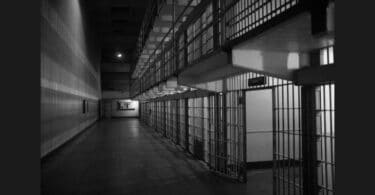