The activity of life are either higher or hypo. There is a happy medium, but the continuous maintenance of the same is a chimera, a dream of the philosophers. Action and reaction, being equal and opposite, find a logical counterpart in the law of Similars.

Hahnemann, the medical genius of all time, using these facts as a basis of reasoning, devoted his efforts to the elaboration of a constructive system of therapeutics, which fundamentally meets the need of all time. He geared his mental mechanism with the flashes of truth along the pathway of the masters who preceded him. He built upon a substantial background, which at the time may have seemed of small value by his skeptical colleagues; nevertheless it became the center for an unlimited expansion in curative possibilities. With an ever-widening application of the law of Similars in many fields of science there comes back to his followers the echo of the substantial value of his contribution to a sick humanity.

The medical scholar, irrespective of the particular flare he may express in his treatment approach to disease, experiences at times an intriguing sense of satisfaction from some curative result obtained. The Law of Similars in some way has been met and recompense of mutual satisfaction results.

Hahnemann demonstrated his uncanny genius by concentration upon a known fact, although not clearly understood in his time. He proved that a definite approach to the universal law of similars in some particular channel would bring results. He may not in the beginning have suspected the range of action to be as broad as it later proved to be with clinical verification of his proving of remedies. We all recognize that the success of homoeopathy was due to the provings on the healthy and the
potentization of the substances used.

This duality of facts opened the way for unlimited advance in the treatment of the sick, solely dependent upon the individual ability and study hours devoted to acquiring knowledge of it. It demanded patience and industry to an exceptional degree to find the indicated remedy.

Homoeopathy uses man as a subject of proving, differing from the common form today, which is upon animals. It gives particular attention and makes notation of the mental symptoms, and thereby offers a superior facility for remedy diagnosis in the attack upon disease. It gives a sense of reliance, which never can be attained by crude pathologic or organic prescribing.

A young woman became obsessed with a loathing of life, and continuously reproached herself without any definite reason, no pathology being in evidence. Like all these cases, no amount of reasoning made an impression. Psychotherapy was a waste of time and effort. The condition grew progressively worse and was affecting metabolic balance. Thuja 1M and 10M cleared the complex and again brought a love of life, social adjustment and physical balance.

Here was a dual expression of psychic symptom, realistic as a severe pain to a patient, and equally as distressing to the members of the family as any physical illness may be, which subsided under the dynamic action of one of our major miasmatic remedies.

We hear much today of the high cost of medical care, of the lack of clinical facilities for the treatment of the lower third. How easily this problem could be handled with the least cost to the tax-payer through a general knowledge of homoeopathic philosophy and training in the use of our remedies. Hospitalization would be reduced to the minimum, the extensive and expensive equipment would be unnecessary, the need for operative interference reduced, and the ambulant chronic cases become economically more productive.

In the young the similar acts in a pleasant manner. Slowness in the mental process. Malnutrition and the long line of defects, which develops in its train, are corrected. In fact, prenatal treatment brings such rounded results in the mother that the child becomes outstanding in any group of children. I have yet to find any one of these children to become a problem child. There is something different about them, which commands attention, and I leave it to you to explain.

There is much discussion and appeal for government subsidies to handle the problem of juvenile deficiency. There is a growing propaganda for extension of sports and to end of suggestions for this and that diversion in courses of studies to keep up with the rapidity of changing moods in the young. I wish to protest against this superficial approach to a basic problem. I fully agree with a program of sports and study diversion in moderation. I further wish to state that the stepping up of these activities to meet the morbid changing moods of the juvenile does not cure the condition but adds to instability.

Quietly the homoeopathic physician, without extra efforts, in an inexpensive and practical manner through the medium of the indicated remedy, is meeting the problem in his daily practice. Perverse and antisocial tendencies are being ignored out by treating the internal cause. Harmony and peace of mind again come into family life.

Some nine years ago a boy was brought to me with the following picture: staring eyes; jealousy; defiant, rude, strikes, anger, resentful; destructive; restless and moving all the time. Father had a sister with recurrent attacks of excitement. The boy was a definite antisocial type with a characteristic tubercular head formation, and I assure you the prognosis for medical or any other kind of treatment was discouraging. Mercurius, Sulphur and Tuberculinum in the higher range of potencies has changed this unruly boy into a splendid and successful high school lad.

Not to take up too much of your time, but I wish to refer to another beneficiary of homoeopathy. This boy was a member of a family of students, parents and family being mentally alert with no patience for dullness. He was sensitive and had a definite inferiority complex on account of his schoolwork; especially his spelling was deficient. A relative, understanding the value of homoeopathy, paid for the treatment under protest of the family, who as is often the case with educators, were skeptical of what they cold not understand. Medorrhinum has this particular symptom, around which grouped other characteristics, and
justified administration. The lad forged ahead after a time and today is a college student, improved in his spelling and earning his way. The remedy was given in a series of potencies ranging up to the highest (and I assure you we need to climb to the highest in these difficult-to-cure cases).

It is my opinion and experience in practice that a systematic homoeopathic treatment to an individual who needs medical attention will improve the morale and stabilize productive capacity. The potentized remedy will rehabilitate within reasonable bounds when stereotyped welfare or palliative measures fail. I am not so optimistic as to think that homoeopathy will come into general use in our distorted social and medical world of today. I fully realize the small minority who know and practice this great truth in medicine need have no fear of being overwhelmed by any great change of attitude in the immediate future.
Nevertheless, as our hair grows grayer and our experience with homoeopathy lengthens into a broader and more mature grasp of the possibilities at our disposal, we feel the mellowing influence of the greatest means for the cure of the mentally and physically sick.

May we quietly at this moment search our inner selves for a review of the many persons whom we have benefited by conscientious homoeopathic treatment? Have we not gently carried them along in their difficulties with the remedies, and helped them to adjust to and manage their problems? Year after year passes and they continue on their feet, much to our amazement. Some of these folks have spent considerable sums for diagnosis, in consultation, in hospital observation, laboratory fees and what not, solely to have an obscure diagnostic tag put upon their sickness. Others have been informed there was no evidence of pathology, to be sent away with some mental complex more firmly fixed, which drives them
from one palliative measure to another without relief, but disgust for medical ability.

These are the cases in which we secure remarkable results by integrity in handling and industry in study. We fully realize that in some cases we fail to find the proper remedy, in others we cannot eliminate the exciting cause, which irritates the symptom complex; again we find those who have reached the incurable stage, whether natural, environmental or post palliative
After a rational. Understanding with the patient, we may seek to bring about necessary correction, which, if possible, still leaves us in the position of not having done any additional violence in treatment to the patient who in confidence has come to us for relief.

Have not the many years of therapeutic nihilism produced a serious loss of public confidence in the custodians of medical knowledge? Our lack of knowledge of the use of many remedies in the storehouse of nature has opened many channels of attack against our well-established method of treatment. We have simply gone astray and lost our balance. In time to come we will see that mechanical, chemical, surgical or any other form of palliative approach as routine practice leads to chaos, whether it be social, financial or medical. We can freely accept the offering of science to meet the needs of our day, but when it comes to treatment of the sick there is, in my opinion, nothing to equal the wisdom, which has accumulated in our materia medica during the years from the time of Hahnemann. 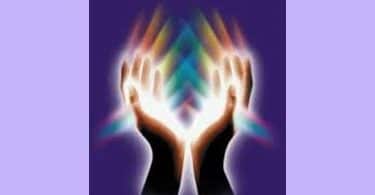 Auguries of Truth – The law of similars and the simillimum in wider context with a focus on resonance and vibration, with reference to the arts and philosophy