Along with the Mind section, this is one of the most important sections of the Repertory.  Generalities are symptoms that are true of the whole person rather than of a particular part of the body.  They are symptoms of which we can say “I” instead of “My.”

The Generalities section is found at the end of Kent’s Repertory.  Along with the Mind section, this is one of the most important sections of the Repertory.  Generalities are symptoms that are true of the whole person rather than of a particular part of the body.  They are symptoms of which we can say “I” instead of “My.”  I may be a chilly person (found in Generalities, p. 1366), but my left leg is what hurts (a particular symptom found in Extremities, p. 1043).  Symptoms of the whole are usually more important than symptoms of a particular part.  Take a few minutes to read through the Generalities section, p.p. 1341-1423.

The Generalities section begins with time aggravations.  “Morning” refers to six to nine a.m., “Forenoon” from ten a.m. until noon. Afternoon is one p.m. to five p.m., “Evening” six p.m. to nine p.m., and “Night” nine p.m. until five a.m.  Certain remedies are well known for specific time aggravations, although there are many other remedies listed in the Repertory for these time aggravations.  These include:

4 a.m. (Nux vomica and Carcinosin) [Note that Carcinosin is not in Kent’s Repertory]

There is a another rubric called “Periodicity.” This means any symptoms that tend to recur in a periodic way, whether it be daily, weekly, monthly, or annually.  There is also a separate listing for “Breakfast, after” (1346).

Chilliness is best found in the rubric “Heat, Lack of Vital” (1366).  Other related rubrics are “Cold, Becoming” (1349), “Cold in General Aggravates” (1348), “Uncovering Aggravates” (1410), and “Undressing Aggravates” (1410).  There is a Chill section of the Repertory. This relates more to infections with chills and fevers rather to feeling cold.

Desire and aversion for alcohol are found in the Stomach section.  Those who are generally worse from alcohol can be found in the rubric “Alcoholic Stimulants” (1344).  Related rubrics include “Intoxication” (1369), “Reveling From Night” (1397) and “Wine” (1422).

There are a variety of body functions listed in the Generalities section.  These include:

Again, note that these rubrics refer to general aggravations at the time of these activities.

There are separate listings for body types. These include:

A small but useful rubric is “Contradictory and Alternating States” (1351).  This refers to conditions that rapidly change from one polarity to another in a confusing and unpredictable manner.  An example would be a young man who complains of intense coldness in his hands alternating with severe heat.  The condition changes so rapidly that at times he complains of both simultaneously.

“Faintness” (1358) is a useful rubric in the Generalities section.  This should be distinguished from “Vertigo”, which has its own section.  Faintness is more non specific and non localizing.  It is often described as a complaint of lightheadedness, dizziness, giddiness, floating, swaying, or disorientation.  Generally it is not associated with any specific accompanying signs. Vertigo is the illusion of movement or rotation of the environment about someone.  It can also be the illusion of rotation, tilting, or oscillation of the environment.  It is often associated with nausea or vomiting and balance problems.

There are a variety of rubrics relating to food.  These include:

Fasting [this is a useful rubric to describe hypoglycemia] (1361)

The Food section refers to feeling generally worse from eating certain foods.  Food desires and aversions are found in the Stomach section.

Motions of the body include:

There is also a separate rubric for Parkinson’s Disease (“Paralysis agitans”).

Long-term effects of exposure to various toxins and poisons are found in the Generalities section.  Larger sections for these problems can be found in Boericke’s Pocket Manual of Homeopathic Materia Medica with Repertory and Murphy’s Homeopathic Medical Repertory.  These include:

Aggravations related to position include:

“Pulse” (1393) is a fairly extensive section that describes various types of pulses.  These include irregular, hard, imperceptible, frequent, fluttering, slow, and weak.

There are a variety of purposeful activities that cause aggravations.  These include:

Riding [can use the subrubric for motion sickness] (1397)

Motion sickness can also be found in the Stomach section under “Nausea, Riding in a Carriage” (509).

Much of the Generalities section is taken up with sensations of the body.  These include:

Analgesia [painlessness of something normally painful] (1345)

Foreign Bodies or Grains of Sand Were Under the Skin (1364)

Formification [creeping, crawling sensation on skin like insects crawling on it] (1364)

Orgasm of Blood [sudden rush of blood to the affected part-adrenaline rush like feeling] (1376),

Worms Under the Skin Sensation (1422)

Sexual aggravations are found in a variety of locations in the Generalities section.  These include “Coition” [sexual intercourse] (1348), “Emissions Aggravate” (1358), “Onanism” [sexual withdrawal before intercourse] (1376) and “Sexual Excesses” (1399).  Some of these ideas can also be found in the Genitalia sections.

An important rubric is “Sides” (1400).  This is where you would look for a condition where someone only had symptoms on one side of their body.   Sub rubrics here include “One Side”, “Alternating Sides”, “Crosswise”, “Right” and “Left.”

“Vaccination” (1410) refers to ailments following a vaccination.  This condition is also called vaccinosis. Kent’s Repertory refers only to the smallpox vaccination, as no other vaccinations were available at the time of writing.  In more modern repertories, this has been expanded to include other vaccinations.

There are a variety of rubrics that touch on the idea of fatigue.  These include:

Reaction, Lack Of [inability of the body to muster a defense against disease] (1397)

These are useful rubrics to consider for Chronic Fatigue Syndrome.

There are a variety of diseases that are included in the Generalities section. Most of the diseases in the Repertory are found here.  There only a few diseases listed.  Remedies are generally prescribed on symptoms and not on specific diseases.  Many of the well known diseases of today were not well known or understood at the time of the writing of the repertory.  Specific diseases found here include:

Abscess [a collection of pus in a circumscribed cavity] (1343)

Catalepsy [trance-like state with rigidity of limbs that remain in the same position for a long period of time, catatonia] (1347)

Cyanosis [blue discoloration of the body resulting from lack of oxygenation to the    tissues:see “Face, discoloration, blueness”] (1356)

Glanders [disease of horses with swollen lymph nodes and ulceration] (1365)

Diabetes is not listed in the Generalities section, but can be found under Urine Sugar (691).  Thyroid disease and goiters are found in “External Neck, Goiter” (471).  Malaria is found in the Fever section under “Remittent” and in the Chill section under “Quartan”, “Quotidian”, or “Tertian.” Meningitis (inflammation of the membranes surrounding the brain and spinal cord) is found under “Fever, Cerebrospinal” (1282) or “Head, Inflammation, Meningitis” (128).  Parasites are located in the Rectum section under “Worms” (634).  The Generalities section contains rubrics for Sycosis and Syphilis.  There is no specific rubric for psora. Tuberculosis is found under “Chest, Phthisis” (878).

A variety of injuries are found throughout the Repertory, many of which lie in the Generalities section.  These include:

“Puerperal Convulsions” (1353) refers to convulsions of pregnancy.  “Atrophy” (1345) means a wasting or shrinkage of tissue.  “Clonic Convulsions” (1352) are seizures characterized by an alternating contraction and release of the muscles.  “Tonic Convulsions” (1355) are more of a steady contracted state.   “Extensor Muscles” (1353) refer to muscles that tend to straighten or extend a part of the body.   “Fistulae” (1361) are abnormal passages between a body cavity and the surface or between two body cavities.  “Indurations” (1367) are hardenings of tissue.   “Excessive Physical Irritability” (1369) refers to a nervous system that is excessively sensitive and wound up.  “Magnetism Ameliorates” (1373) is about individuals who feel better when they are hypnotized or placed in a trance state.   “Metastasis” (1374) refers to symptoms that jump from one part of the body to another. The symptoms are not necessarily related to each other.  An example would be the remedy Abrotanum, which has rheumatic arthritis following diarrhea.   “Plethora” (1391) is an excess of any bodily fluid, although most often relates to excess of blood in a particular area. This often manifests as flushing of the skin, redness, and heat. 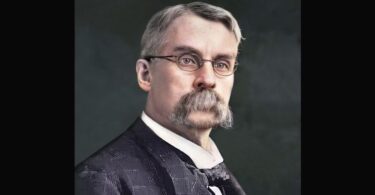 Did Kent Depend on His Repertory?