27 year old female presented with complaints of primary infertility (married life: 2 years).   She had PCOS and hormonal disorder, (FSH, LH and Prolactin levels were not proportionate) which led to failure of ovulation.The husband’s investigations were normal.

Menarche age 13 years; Menses were irregular and postponing right from beginning.She has taken hormone replacement therapy twice so far, but with little effect. Before menses she suffered from pain in hypogastric region lumbago and anorexia.  During menses – profuse bleeding < exertion ++ on 2nd and 3rd day, nausea ++, pain in hypogastric region.  Last menses date- 30/10/15.

She had an aversion to warm things +++, salt ++ and her thirst was moderate. She was a chilly patient but on the other hand could not tolerate the sun +++

She was sensitive and sympathetic +++, could not see suffering of others and felt as if the same suffering were happening to her.She had strong anxiety about others i.e. for people around her+++. She could not stay relaxed if anybody was sick at home, or whenever her husband didn’t reach home on time – she called him till she was convinced that he was fine and would return soon.

Being of sensitive nature, she got offended very easily +++. She was a closed person, an introvert with aversion to consolation ++. She was of sweet and mild +++ disposition.Also, I found out that there was a strong grief +++. She was sad because she was not able to conceive. She was greatly affected by her husband’s and in laws’ behavior towards her.She did not express anger ++. She preferred keeping quiet rather than expressing anger and hurting others. She was sensitive to music, which could cause weeping ++. Thinking too much about the behavior of others caused headache++.

Vesicular eruptions on lips every 2-3 months, Aphthae on tongue, and lips off and on. Brittle nails ++

– Nervous fears on waking. Imagines, on waking at night, that pieces of furniture are persons. Hears footsteps in next room.

Phosphorus was very close as patient has lot of anxieties and fears. But patient was very reserved and had aggravation from consolation.

Natrium Muriaticum – a grief remedy was another possibility, as patient was very sensitive, offended easily, had consolation aggravation. But anxieties predominated and other general characteristic symptoms were absent.

Ignatia – Another remedy close to Natrium Phosphoricum for which patient should have symptoms like sighing, fruit aversion, perspiration on face, which were absent.

Sepia has strong  grief and consolation aggravation, but Sepia is not sensitive like this patient. On the other hand, the Sepia personality is known to express anger without consideration of feelings of others, sarcastic.

Pulsatilla can be prescribed for grief and also covers aversion to warm foods, but the Pulsatilla patient is weepy and wants consolation, which was missing in this patient.

But after long treatment of about 22 months, she was finally able to conceive in September 2017.

The evidence in the form of changes in the reports of the patient shows that classical homeopathycan act at on deep endocrine disorders and in some cases of infertility. 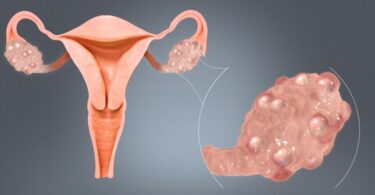 A Case of PCOD with Primary Infertility

Dr. Sanket Nagare passed his BHMS in 2010 and M.D. in 2013. He passed his E- learning diploma in 2015 and also completed the PG course of IACH this year, under the guidance of Dr. Atul Jaggi and Dr. Latika Jaggi. He has experience in treating various chronic cases and is practicing classical homeopathy based on the teachings of Prof. George Vithoulkas. He’s had a practice in Nashik, Maharashtra, India for the last 10 years.