A four year old girl won’t eat, and the symptoms of the case point to the simillimum.

Girl, age 4 years. The case is related to me by her mother.

“She has always been a good child,” said her mom at the outset, “except I always have to be after her for her to eat her food. She just keeps it in her mouth. She is never hungry. If I don’t give her food, she won’t ask.”

Her mom continued : She has a continuous cold, and cough. She has had it for 5 months. The doctor is saying she is not coming out of it, because she goes to play school with other kids. A lot of times she has watery eyes, runny nose, and a barking cough, and croup (Homeopathy Treatment for Croup). There is a wheezing type of sound, triggered by cold. Once she got croup after eating ice cream – happened at night. Shortness of breath. Couldn’t sleep. Barking cough every few seconds. She loves yogurt, but because of her cough I stopped giving her that. Her cough is worse from cold food/drinks, cold wind/weather. When the temperature drops in the morning and evening, she gets a cold and cough. But she doesn’t like to wear anything around her neck. The cough is better with warm apple cider.

The doctor is saying it is underlying asthma. Her dad is allergic to pollen. He also gets a cough when the weather changes. Sometimes at night, she breathes through her mouth. With cold, she gets sores on the inside of the mouth. Her voice also changes with the cough.

She likes fruits, chips, and ice cream. Likes both sweet and salty. She also likes milk, and drinks a lot of milk. Gets constipation from change in place.

She is very energetic. Her sleep is good. Sleeps around 9pm, wakes up at about 2am or 3am, and comes to our room. She sleeps on her back, and moves a lot in her sleep, takes a 180 degree turn, and sometimes talks in her sleep.

She is very active, never complaining, a happy child, likes to be a leader. Very caring. She likes to color, jump a lot, play a lot, talk a lot. When she is coughing, whines a little, cries a little. She is not naughty. Just the food habits are bad, otherwise overall, a good child. ( I also noticed that the child was shy, reluctant to interact with me).

The problem with eating is that she is not focused on the food. She will get something or the other to play with. If watching TV, still won’t eat, just keeps it in her hands. She asks for strawberries, and yogurt, but never meals. Also likes eggs, and instant noodles.

She drinks water while eating. After every bite, she wants water.

History: At birth she was turned, so had to be delivered by C-section. (Mom went through a lot of backache during labor, to the point that it was worse than the labor pain). Not much unusual about the milestones – teething (4 and a half months), walking (13 months), and talking (at a year, and some months; first word at 5-6 months).

Kali carb kids as we know are well-behaved, never wanting to break any rules. The modalities are quite clearly of Kali carb, especially with the respiratory symptoms, waking up at 2am, worse with cold and draft, cold food/drinks, constipation, restlessness in sleep, with confirmatory symptoms of not tolerating clothing around the neck, and wanting water after every bite of food.

2 weeks later: Mom’s report: She seems to be well, except some days of sneezing and runny nose in the morning. Seems to be sleeping well, except for a few days when she came to our room around 3am.

After another month: Mom reports: She is doing well. She eats well. Drinking water with meals has reduced. She asks for food. It still takes her a while to eat. Respiratory symptoms, and mouth sores are gone. Constipation has reduced. Restlessness in her sleep is much better.

The remedy was repeated once (plussed dose) six months later, when the respiratory symptoms started to come back, but since then she has been fine.

A Teen with Asthma and Food Allergies Treated Constitutionally with Carcinosinum 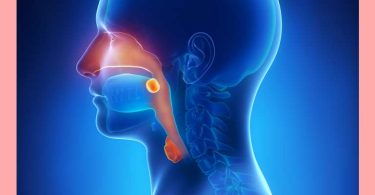