An electronic copy in PDF available from author for $55.00 Australian.

Shining the torch into the corners of homeopathy can often reveal some hidden features. Sometimes there are cobwebs in abundance. In this instance, Robert Medhurst, in his new and mammoth repertory takes on one of the largest contemporary issues the profession faces; accuracy and reliability of our most basic tool. You see, we can’t have it both ways. When asked, homeopaths say and teach that homeopathy is the application of the law of similars, yet they often ignore that fact when prescribing, basing prescriptions on all sorts of other strategies –the constitution, sensation, essence, miasm or whatever. Further, they choose to ignore the fact that the information that comes from so many of the provings that informs that law of similars is deeply flawed.

In his book The Concordant Clinical Homeopathic Repertory, Medhurst sets out to solve this problem of flawed proving data making its way into our textbooks by creating a reliable tool based on clinical confirmation, rather than the more speculative voice of the prover. In this instance, it’s statistics and evidence that matter. After all, when a remedy can be demonstrated over a long period of time to be useful in a significant way and that can be measured, does that not count for as much, if not more, than the proving information? As a natural result of that line of thinking, this repertory explores the world of clinical confirmation.

Robert Medhurst is well known to virtually every student, graduate and practitioner of homeopathic medicine in Australia. For years contributing to the Journal of the ATMS (Australian Traditional Therapists Association, Australia’s leading natural therapists association), collating homeopathy research information and disseminating it, he has also produced the pivotal work describing and discussing the pragmatic realities of running a natural medicine practice in the book, The Business of Healing. It’s compulsory reading, and not just for natural medicine practitioners in Australia but world-wide. Now he has turned his attention to the most technical part of homoeopathy, the repertory.

Given the fact that there are upwards of 120 repertories in homeopathy according to Julian Winston in The Heritage of Homeopathic Literature, it is surprising that not a lot has been written about the use of them. Of course nowadays some practitioners don’t even bother using them at all. But jobbing homeopaths do. Why this is important is because, if they are fundamental tools used in everyday practice for most homoeopaths, then there does need to be a robust dialogue about some important questions:

Hahnemann’s hand-written unpublished Symptomenlexicon was the first in 1817. For his own use only, it was an index of the contents of Materia Medica Pura and The Chronic Diseases, and represented the simple language of the participants of his provings from the early 1800’s. It was a simple solution to a big problem. With a proving generating upwards of 1000 pieces of useful information, the more provings that were conducted, the harder it became to manage that information. His solution was a very useful private information management system. We have the same drama today as a consequence of the Internet, but on a herculean scale. Too much information. Information nowadays needs to be curated and managed. You cannot drink from the fire hose.

Jahr was the first to wrestle with the issue with the intent to publish a repertory. His Manual, published in 1834, came out at a similar time as Hering, who by this time in America, was working on his attempt at cross-referencing symptoms. But it was Böenninghausen who published first. A lawyer and taxonomist by training and disposition, his work, first published in 1832, went through many revisions to emerge as the 1846 Therapeutic Pocketbook. These attempts at creating order from a mountain of information had two clear yet different threads. A fundamental understanding of Böenninghausen was that the characterising dimensions of symptoms were not limited to single symptoms but ran through the remedy profile. As a consequence, sensations and modalities such as ‘cutting’, or ‘worse before breakfast’, could safely be considered important features of the remedy and thus not limited to just the particular, but to the general as well. Hering and Jahr’s interpretation was different on the other hand; perhaps more literal. The two schools created different textbooks, from different perspectives, requiring different skills, sometimes leading to different results, and sometimes similar results as each other. In fact the history of homeopathy in the 1800’s is littered with other attempts at creating repertory. It is estimated that by 1900 there were about 75 that been published; Knerr, Gentry, Guernsey to name but a few. But it was Kent whose work, based on the previous work of Hering and Jahr, emerged out of the scrum to dominate homeopathic analysis for another century. Later there were card repertories, additions to the repertory, and in the revival of homeopathy towards the end of the 20th century, works by vanZandvoort, Schroyens and Murphy. Combining homeopathic skill with an understanding of software led to searchable electronic versions; Isis, Radar and MacRepertory, and soon with more sophisticated work, the ability to generate a more modern Böenninghausen-style approach with Repertorium Universal. It’s been quite a journey. But often forgotten is a third way, the clinical repertory.

Of course homeopaths learn how to use the repertory well, whichever one they choose to use. But what we know for sure is that virtually no homeopaths have ever read the introduction to the repertory they use! This matters, because it is in the introduction to every repertory that we find the philosophy and underpinning understanding of the information therein. Van Zandvoort (2007) for example has a completely opposing understanding from Schroyens (2001) when it comes to choosing reliable information. A superficial use of both of these repertories would reveal that most entries are similar but significantly, many are not.

But what about its relevance and reliability? The best article written on repertory in recent times is Gadd’s, In search of Reliable Repertory (2009), published in Homeopathy. He describes how repertory provides a link between the facts of the case and materia medica, and is crucial in the process of narrowing the choice of remedies before prescribing.

Gadd argues that the reliability and validity of the information on homeopathic repertory has to be addressed because the information upon which it is based, both provings and clinical confirmation, have rubbery foundations. In repertories there are issues with poor referencing practices, straight up omissions, typos, poor translating of symptoms to rubrics, poor translation from one language to another, misunderstanding of the true context of symptoms and a complete misunderstanding over additions and gradings (Rutton 2008, Dimitriadis 2004). Expert technicians of homeopathy are not often expert academics. Expert opinion has not necessarily been accompanied by expert listening and discriminating as to whether the opinion has any validity or not. Gadd gives a litany of examples from the literature. Medhurst, in the introduction to his Concordant repertory, also gives a couple of examples of straight up poor practice and unreliable information. In doing so, he sets up the problem, and then he fixes it. He argues that proving data is often unreliable –it only constitutes a part of what goes into understanding a materia medica remedy profile and thus a simillimum. The way Medhurst has tackled this problem has been to create an index of concordance. This is an accumulation of suggested remedies as agreed by a number of authors. This book is thus an accumulation of expert opinion, ordered by disease and condition.

I have no doubt that this book (and the subsequent software package – please please make this available electronically) will continue to be a live document that will be added to. We could have a discussion about whose expert opinion got in and whose didn’t – who ‘made the cut’ – but actually at the end of the day it doesn’t matter. There are 28 experts chosen by Medhurst from the origins of homeopathy to the present.

The value of his approach has been that it cuts through the dross. The challenges of the repertories mentioned above notwithstanding, for many, we are time poor. In this evidenced based world in which we live, lectures that used to be two hours are now chunked into 20 minute learning windows, as that is the attention span of the modern student.

There is apparently something called Twenty 20 cricket. Many patients don’t have time for the 90 minute consultations. Many busy homeopaths choose to use a different business model. This is especially the case in countries such as India, Malaysia, Brazil and Germany. Keynote prescribing can be a solution to those with large waiting rooms full of anxious clients. This repertory will be gold for those homeopaths working with a lot of clients, that need a sharp reliable tool based on measurable results and evidence.

In a way this is advanced work. There may be pitfalls. To the uninitiated, superficially, it could look like the homeopaths role is to look up the name of the disease and there’s a list of remedies. It avoids traditional homeopathic work entirely. Some might throw up their hands in horror and have an opinion.

But wait. Have you been to a LIGA conference recently? Where are the young doctors being attracted to the profession? Have you looked at numbers of students at homeopathic colleges around the world? Programs are closing not opening. Using an evidence informed tool such as Medhurst’s book with really appropriate training could be a way to regenerate the profession.

The details of the book are 920 pages and it’s heavy.

Schroyens F. (2001) Blueprint for a new repertory. In Synthesis Homeopathic

Sherr J. (1994) The Dynamics and Methodology of HomœopathicProvings(2nd ed). 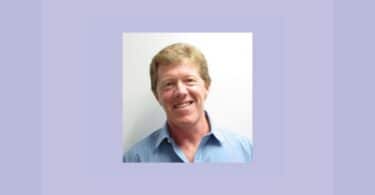 Alastair Gray has a PhD in Public Health and is an expert in Complementary Medicine education. His focus is on technologies in CM and in the education of future practitioners. Alastair teaches at and heads operations and research at the Academy of Homeopathy Education. He speaks and presents world-wide and has authored 23 books and numerous articles on primary research in natural medicine. He has been in practice more than 30 years.