Another explosive quiz! Try and guess the answer.

Once again, class, we are honored to have with us, as a substitute, the incomparable Kelly Young, whom I know you will treat with the same respect and awe you’ve shown me down through the …all right, who just set off an explosion!? I’m sorry, Kelly, this hardly ever happens!

Are you sure? Because last month somebody threw a pie….

Are you comparing the two? Because I don’t think an explosion is the same thing as a pie!

I think you may be missing the point. Anyway, I had to come because someone named Vito called, and said he was your “agent”.

Could we possibly change the subject and get to your exciting new quiz?

I don’t know, Kelly, a name like that could lead to teasing; you know, “Allen-Schmallen”?

Allen-Schmallen?  Do you really think that’s a possibility?  OK, I better play it safe…. What about “Angelo”?

I don’t know, Kelly, he may be too easily identified as the famous painter, Michelangelo!

Do you really think so?  I had no idea that picking a fictitious name in homeopathy was so complicated!

Oh, yes! In fact, it’s the subject of Rajan Sankaran’s next book!

Wow!  In that case, since my little “Allen Angelo” is so affable, let’s call him “Amity”!

OK, so, my dearest “Amity” is eight years old. A week ago he came down with a cold. We had spent yet another weekend outside on the soccer fields in the cold, wet and windy weather that is typical of our area in the spring.

He had a dry, barking cough that went on all day and night, usually stopping by the time I went to bed. It had a hollow, echo quality to it and sounded a lot like
a saw cutting through wood.

His throat tickled and he had swollen neck glands. He complained that his throat hurt after he ate a sweetart candy, which he then later refused to eat! He was hungry often, wanting hot cocoa and other warm food. He felt better after he ate.

I tried one remedy which did not work, then tried another which had an immediate positive effect.

Homeopathy does it again!

If you know the answer, email Elaine Lewis at [email protected]

The answer will be in the June issue. 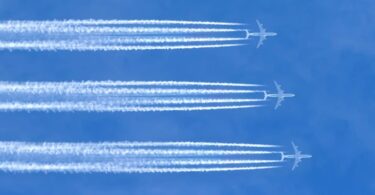