Homeopath Petra Cihlářová presents a case of MS, depression and anxiety in a woman of 20.

This is a case of a beautiful young lady of 20. Although she grew up in a loving family, her state of health was terrible. She suffered from deep depressions since 4th class of primary school. Although she had no reason for it, she wept every night, lying in her bed, looking at the sky with a wish to die and go to her grandma, who died before her birth. The depression runs in the family. Her grandma suffered from schizophrenia and was deprived of legal capacity when her mother was 10.

When she was in 9th class of primary school, she developed tonsillitis, then a flu and after that she wasn’t able to walk, couldn’t coordinate her movements and was diagnosed with multiple sclerosis. The doctor put her on a course of corticosteroids.

Two years ago her grandpa died and after his death the attacks of MS were getting worse. She was using antidepressants for 3 years, but her melancholic moods, weeping and anxiety were still present. She has always been holding her troubles back, analysing them in her mind and becoming withdrawn. When it was too much for her, from time to time, she exploded into tears with frustration, feeling like she was worthless or as if having a nervous breakdown. This made her close herself off even more, weeping, without being able to focus her mind on learning or even count 2+2, with a wish not to see anybody. This state usually lasted from 1 to 3 months.

She was also suffering from strong migraines. Her head was hurting from November to April without a single stop. She was staying at home, couldn’t go to school. She felt a pressing pain as from a bubble growing in the back of her skull. Although the pain was much worse when she studied, she graduated with honors, demonstrating her extensive need to be perfect in every situation. Her perfectionism lead to the accumulation of stress, which  along with her fear of failure, of not being up to 100%, caused another attack of MS, thus making her psychical state worse, leading her deeper into depression, in a vicious circle.

She felt like she had two personalities – one saying “you have serious illness, don’t exert yourself”, the other ambitious and needing to be perfect in every way.

She slept badly, waking up around 2.30 am, in the middle of the night, with anxiety, pressure on her chest, palpitation, having a lump in her throat.

Since childhood she had, from time to time, strange visions of ghosts, was talking with her dead grandma, or was seeing a dark figure in a corner of her room watching her. Once she was frightened by the head of her mother’s stepmother appearing in her window. The next day her family learned that the stepmother had died. She perceived these apparitions as if they existed in reality. She was living in terribe fear that they would appear again. At night she needed to have all the lights left on. She wasn’t able to fall asleep while everybody else at home was sleeping. She was frightened to death.

The symptoms of current importance for her were self-reproach, accompanied by crying and getting deeper into depression. When she knew what was the cause of her bad mood, music helped her. But when it came unexpectedly, she wasn’t able to help herself and she drowned in depression.In her dreams she saw herself lying in a coffin. Her mother suffered from depressions for many years too.

The first remedy I gave her was Natrium muriaticum 200.

There was no change after Natrium muriaticum. Anxiety and pressure on her chest were still present, the fear of the dark was getting worse. When she was alone at home, she had a strong feeling that somebody was there. Even when she was psychically all right, she felt like she couldn’t help it and her body wept on its own. She felt like she was imprisoned in her body. She had a huge fear but she didn’t know of what. She had nightmares about snakes.

The remedy was changed, I gave her Anacardium 200.

Her sleep was much better. She had no nightmares and her dreams were full of joy. Her psyche was also much better. She had no anxiety, less fears, and generally she was calmer. She only had the melancholic feeling when the weather was bad. She went through one small attack of MS, feeling tingling and prickling in her left leg that went into a numbness of her leg to the calf. It subsided within 3 days. In the past her attacks lasted as long as 6 months.

She is still calm, happy, sleeps well. There were no more attacks of MS. She repeated the remedy twice, always after a quarrel with her older brother. It helped her to calm down. She started to work in her father’s company. She only complained about injections of Copaxone her doctor prescribed her for MS.

The last week she slept badly, having strange dreams about her grandma. It was in connection with her older brother’s temporary residence in their home. He is a difficult person who causes quarrels between all members of her family. She hates conflicts, but now she is able to stand up to him.

A cyst on her right ovary got larger and the doctor suggested an operation.

She isn’t getting injections of Copraxone any more and she feels good.

Her memory has improved. She enjoys her job, has enough energy.

I gave her Anacardium 1M.

She has a lot of energy. She is able to overcome conflicts with her brother with great facility. She is very active, works 8 hours every day and after that she exercises in a fitness centre. She enjoys that a lot. She leads an absolutely normal life. It feels to her like she woke up from a four year long nightmare.

She underwent a cyst operation. She repeated Anac 1M after the operation and 5 days later she was skiing without any difficulties. She has no fears, is in a good mood and is enjoying her life.

She broke up with her boyfriend. They were dating for 4 years, but now she didn’t want to tolerate his angry outbursts anymore. She feels a whole lot better now. She is full of energy, enjoys life, nature. She feels free and she wants to travel around the world. All fears are gone. She doesn’t use any drugs, just sometimes repeats Anac 1M (last time being after her split up with her boyfriend).

She repeated Anac 1M once after being overworked in her job. The next day she was calmer, slept well and felt good. She doesn’t have nightmares anymore, sleeps well, has no fears. She works 9 hours every day and exercises for 2 hours in a fitness centre afterwards. Her doctor couldn’t believe it when he wasn’t able to find any signs of MS in her. The same reaction was had by her psychiatrist who treated her depressions, fears and anxieties. She is completely off of all drugs. She is very happy and deeply enjoys all those activities that she couldn’t do for the last 4 years.

We could only surmise what would happen with this young lady without homeopathy. I’m glad to get a slice of the action and to have a close look at this “miracle of the minimal dose”, that initiated a complete change on all levels of her being, transitioning her from illness to health.

We are able to dispel people’s fears, pains, illnesses. That’s great, isn’t it? Healthy and happy people spread around peace of mind, heart’s ease and fill the world with light. As homeopaths we have the tools to improve the world in this way from the inside. Let’s do it! 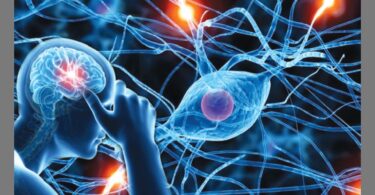 Petra Cihlářová - Having left my occupation in engineering, I was for several years a full time mother of 5 children and thanks to them I discovered homeopathy. I fell in love with homeopathy when it cured my daughter's eczema and tendency to asthma and then I went on to learn it myself. I now work as a professional homeopath. I graduated from the Homeopathy Academy in Prague in 2001 and have practised in Prague up to now. I was pleasantly surprised when my case of Natrium silicatum received a glowing welcome in a conference at LMHI in Paris in 2014. Nowadays I usually cure people with homeopathy and also with my enthusiasm from the very beginning. I also teach homeopathy. www.homeopatie-praha.com