A summary of what can or cannot affect the action of homeopathic remedies.

The principles that underpin homeopathy were laid down clearly by the founder of the art, Dr Samuel Hahnemann in his Organon of Medicine1. In a footnote to Aphorism 260 of the sixth edition of this venerable work2, he outlines the factors that are likely to adversely affect the activity of the Similimum, or remedy whose proving picture best matches the presentation of the patient.

Since this was published there has been furious debate over whether or not Hahnemann was correct on these points. A great deal of confusion exists over whether this is the case. The Organon is the ultimate authority on the subject of homeopathy, but practical experiences don’t necessarily back Hahnemann up on the points made in Aphorism 260.

My own experience has been that most of the lower potency remedies, i.e. mother tincture to 30C, are generally unaffected by the things mentioned above and that the closer one is to the actual similimum, the less it’s affected by anything at all. Some people have found that some of the higher potencies can be antidoted or have their action stopped by aromatic substances such as coffee, but this may be due to the medicinal action of coffee in a homeopathic fashion swamping the effect of the similimum, rather than it being inactivated. In my own practice, LM potencies seem to be the most susceptible to antidoting.

Following are some of the more common categories of factors that may affect the action or stability of Homoeopathic medicines.

Heat
Several years ago, Australian Homoeopathic Association mounted their first national Case Conference. One of the presenters at this event was Dr Roland Conte, a noted researcher in this area, who has spent some years looking into the physics related to homeopathic medicines and has found that temperatures of 1200C are required before the remedy itself is adversely affected3.

Electricity
There are recorded cases of electrical fields affecting the action of the remedy once it has been ingested, particularly where these fields are generated by electric blankets, but these are generally medicines in high potency. At this stage there appears to be little support for the idea that electrical fields can inactivate the remedy whilst it’s still in the bottle. I know of several people whose dispensaries are in very close proximity to mains electricity lines and their medicines are quite active. Electromagnetic fields generated by mobile phones are another thing altogether and anecdotal evidence suggests that they may well affect the activity of a homeopathic medicine.

X-ray
As is the case with many issues that relate to homeopathy, this has been the subject of vigorous discussion. Correspondence from a chap who doubles as an X-ray technician and enthusiast of homeopathy states categorically that X-rays will not influence the activity of the medicines. My own experience and that of others tends to confirm this, although at least one Sydney homeopath has found the opposite to be the case. The jury is still out on this one but the volume of anecdotal evidence appears to indicate that X-rays do not affect remedies. In addition to this, anyone importing their medicines from other countries will often have had these substances X-irradiated when they come into the destination country as part of normal airport security processes. I’ve yet to hear of any of these not working as a result of this process.

Food
In regard to food as an aggravating factor, if you have access to the internet you may like to dial up the website of a very well respected homeopath, Miranda Castro ), where she talks about giving her patients their remedies in their food. The action of the medicine is unaffected. Someone writing to an international Internet discussion list on homeopathy has mentioned cases in India where remedies have been mixed into curries which were subsequently given to large numbers of people in the village as a means of dealing with local epidemic diseases.

On the subject of antidoting the effect of a remedy, where the medicine has caused an unwanted aggravation of the symptoms, as a general antidote Camphor appears to be an almost universal antidote and can be used in low potency when required. However, if this is required, an examination of the Materia Medica under the heading Antidotes should also be made. If, for whatever reason, neither of these choices are suitable, the lower potency of the same remedy can be useful. For example, an aggravation caused by Sepia 200C may be dealt with by a prescription of Sepia 30. Interestingly, some people have antidoted lower LM potencies with a higher LM of the same remedy. In my own practice, when all else has failed, retaking the case (including the aggravation symptoms) and prescribing the similimum, usually clears up the problem, if not the original condition. 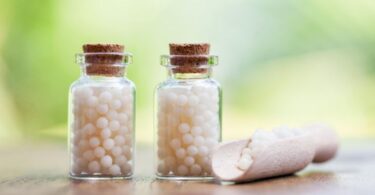 An Interesting Phenomenon Observed in the Pharmacological Action of Homeopathic Remedies